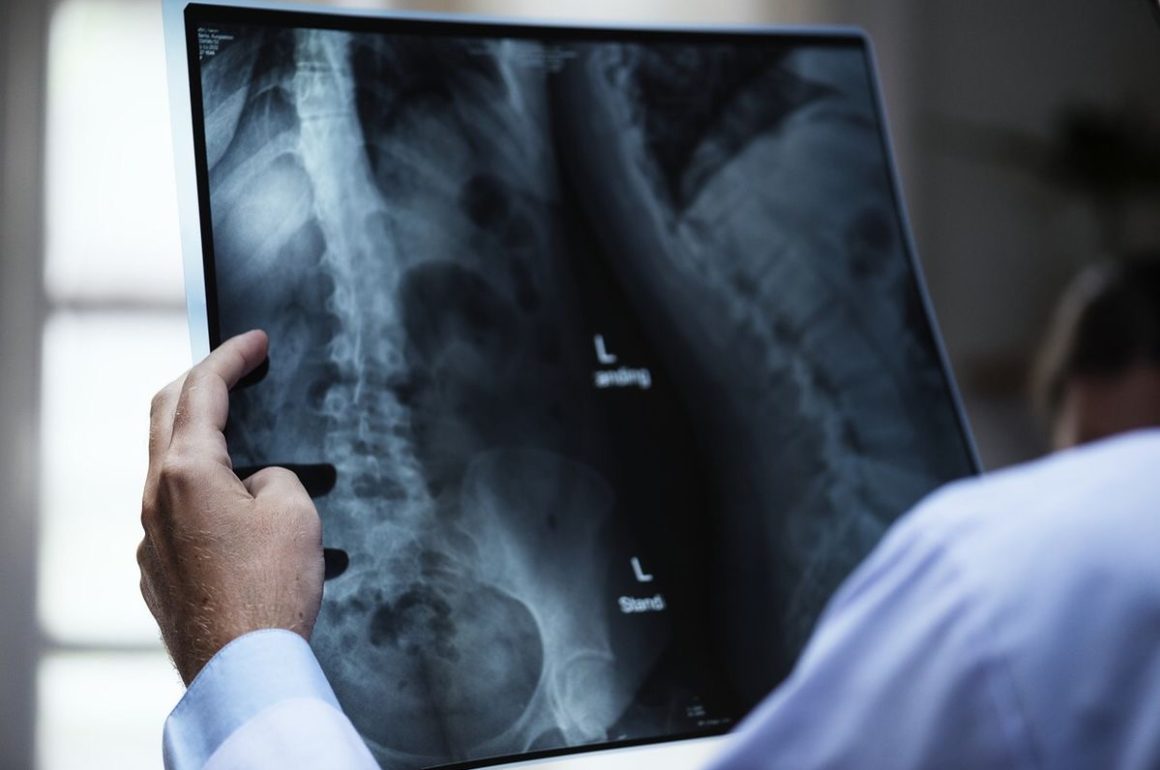 Our daughter had always suffered from a curvature in her mid-back, but as she grew her scoliosis affected her whole spine, from her neck to her hips.

Six years had passed since the rash of surgeries on her eyes and her foot and her skull. The early crises had tested us but left us stronger. Gabriella now enjoyed attending Lakeview School. Her brother Alexander, long a favorite in the hallways, started Kindergarten. We accepted her limitations and embraced his possibilities. And we allowed ourselves to accept a sense of normalcy.

Even if she was increasingly cranky.

Gabriella often complained, but now it was continuous. Suffering from precocious puberty, her emotions became volatile. We lost our patience at times, until guilt set in. Then we’d baby her. She developed a pout, sticking out her lower lip whenever her feelings got hurt, and if we laughed, she would sob until we begged for forgiveness. But beneath the tragicomedy of the pout, something more insidious was at work.

Her body slumped because of her low muscle tone and we wondered if that caused her discomfort. Finally, her physical therapist at school suggested we have her tested for scoliosis.

Lisa brought her to the orthopedist for an evaluation. We had known this doctor since the week of Gabriella’s birth, and while we resented his early response to my question whether our daughter would ever walk (“some kids are just good sitters”), we had grown to like and respect him. He guided us through the challenges with her feet, casting them and operating on them. Now he monitored her ongoing progress with her AFOs, plastic braces she wore to keep her aligned from her knee to her toes.

The orthopedist ordered X-rays, but the prognosis was clear. Gabriella had scoliosis, and it was likely to get worse.

With trepidation, we watched the shape of our daughter’s back become more twisted. As had increasingly been the case, Lisa bore the brunt of the doctor appointments, and one evening I got home from work and she told me Gabriella needed a scoliosis brace. Similar to the AFOs, this orthotic device was like a chest-plate of medieval armor, only made of a hard plastic and molded to fit her torso. It was snug to her armpits and reached from her upper vertebrae to her hips, and we secured it with strips of Velcro that stretched across her ribs.

The purpose of the scoli brace was neither to reverse her curvature nor even to stop its progress, but only to slow its inexorable worsening. We knew what that meant.

We learned about spinal fusion, the procedure she would need. The titanium rod that would be inserted against her spine would correct her scoliosis, but it would also limit future growth. As a result, the orthopedist hoped to put off surgery as long as possible.

In the meantime, Gabriella expressed her displeasure when we fitted her into her new plastic turtle-shell whenever we got her out of bed. The brace made her a little harder to lift and fit into her adapted stroller. It took a while, but she became used to it and her complaining lessened. But her discomfort lingered.

Time passed. As with the AFOs for her feet, with growth we replaced the scoliosis brace with a larger version refitted to her changing back. The orthopedist raised the prospect of spinal surgery during regular visits. While the shadow loomed, we seemed able to delay it, at least for now.

At last, Lisa asked me to join her for her next appointment. He sat with his hands folded, his voice calm, and told us we had to act. If we waited much longer, one surgery would become two. First, they would enter through her back to do the normal spinal fusion, but within days they would do another, cutting through the front. I remember a fog seeping into my brain. After six years free of surgical prep and ORs and waiting rooms and general anesthesia, we faced the most invasive operation of our daughter’s life. Gabriella was older, too, and I pictured her pouting and crying. But delaying it any further would necessitate a second procedure, otherwise unnecessary.

We chose the obvious option. And we prepared ourselves once more for surgery.