Luck and Skill at the Basket Raffle

“Luck!” “Skill!” When we were kids, we used to bicker about the origins of a long swish on the basketball court or a slashing hit with the wiffle ball bat. (“That was luck!” “It was not – it was pure skill!”). I was thinking about that in reflecting on yesterday’s basket raffle at Gabriella’s old school, where there was plenty of both on display.

The basket raffle, also known as a tricky-tray auction, is Lakeview School’s biggest fund raiser. After missing last year, my mom joined us, and Gabriella had a favorite nurse along. We felt fortunate as well because Alexander called during the week to say he would drive out from his waning weeks at college to volunteer.

A lot of expertise goes into preparing for the event. Lisa and her friends on the Parents Association prepare for months in advance, first by collecting gifts and then by bundling the donated items into gift baskets and wrapping them appealingly. Over the last few days, they group hundreds of prizes into five categories by price and lay them out around the corridors. By the time Sunday afternoon arrives, they are weary but proud. They are a great community, a mix of family of current students and moms of alumni like Gabriella, all devoted to the success of the school that offered our children so many wonderful experiences.

Gabriella lit up as she always does when we approached the place she attended for eighteen years, and even more so as we entered the building. I still feel blessed that we got her into Lakeview after the early disputes with our former school district. She had paraded through this entrance every morning and she recognized it at once. Instead of the guard, several volunteers were there to welcome participants and sell ticket packages. Our daughter saw her Mom at the front desk and her smile broadened.

Sometimes I’ve worried this day might be a little confusing for Gabriella. Unlike a typical weekday, when the school is filled with kids and teachers and therapists, there are few children and fewer staff. We still come for other events, too, including Lunch with Santa and the Halloween Party, where the students are plentiful. (In a few weeks, we will again attend the Lakeview Prom, but that’s at a catering hall.) I don’t always give her enough credit, because this was her eleventh basket raffle and she seemed just as well acclimated from the time we got there, displaying her own personal ability.

Gabriella’s nurse took her around to see all the baskets, and this being Lakeview, everyone was extra aware of kids passing through in wheelchairs. Every so often, the organizers made an announcement on the PA system – so loud that our daughter began to sob. Luckily, we had packed her noise-canceling headphones, and she calmed right away. Meanwhile, I purchased my tickets and put them into the buckets for the many items Lisa had identified on her program. The lines were long and meandering, which I have to confess tried my patience, but of course the congestion indicated it would be another lucrative day. Soon it was time for the drawings, the ultimate sign of chance.

Mom won the second basket called and our nurse got one soon after. Alexander had his eye on a Japanese-style tea set including cups without handles, and we all stuffed that bucket – and he claimed that, too. Less than a quarter of the way through reading prizes, our table shared great fortune.

The Parents Association ran the event like clockwork, using a virtuosity they have cultivated over the past decade. Alexander and his fellow runners distributed the gifts, rolling carts with baskets through the halls between the rooms with bidders. I noticed a young boy pushing a cart and it reminded me of the first few times, when our son and his best friend were among the youngest volunteers. Now he was one of only a couple old enough to distribute the few prizes containing wine.

Our primary donation was a Roomba and I put several tickets into the bucket. Even though we gave that prize, I would feel no shame if we won it. But it was not to be. As happens most years, Lisa and I didn’t happen to win a basket ourselves.

Most importantly, the outcome was another productive day. We had often heard about the administration’s vision of building an aquatic center for its kids. The luck and skill of ten prior basket raffles, along with other fund raisers, enabled them to open the first school-based hydrotherapy pool in New Jersey last fall. We had the pleasure to see the facility in December. It allows a student in a specialized wheelchair to roll into place before lowering the floor and submerging child-and-chair for treatment. It was amazing. We felt a lot of pride that afternoon. 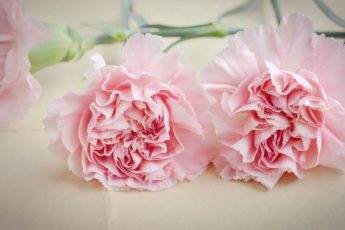